Last weekend, from 13.05. to 15.05.2022, the first HOCKEthon took place. The event is a shopware themed hackathon organised by the Kellerkinder in Hockenheim. The Kellerkinder is a company full of nerds specialized on shopware backend development and loves working with the community, therefore organizing an event like this was the next natural step after organizing several meetups and internal hackathons.

The event has been planned from the beginning to target experienced developers to just deep dive into code and put things to the test and have a platform where everyone is more or less on the same level to create a group of people that really know what they are talking about and love to share things on a high technical level. 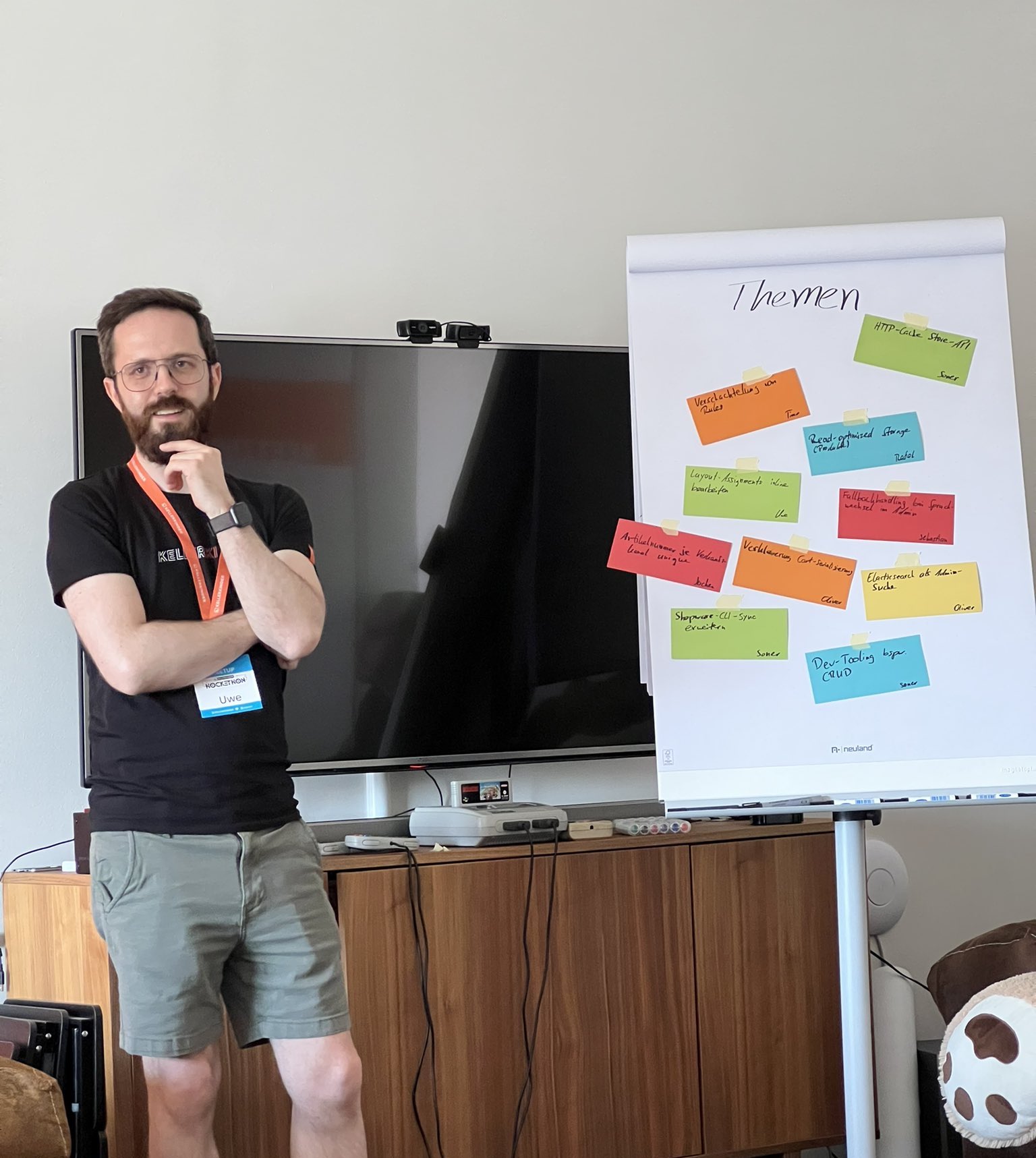 On the first day we started with throwing all the topics into the ring that we thought would be interesting to tackle. Everyone could throw in things to personally work on and search for help or just drop a topic to get others motivated to work on. 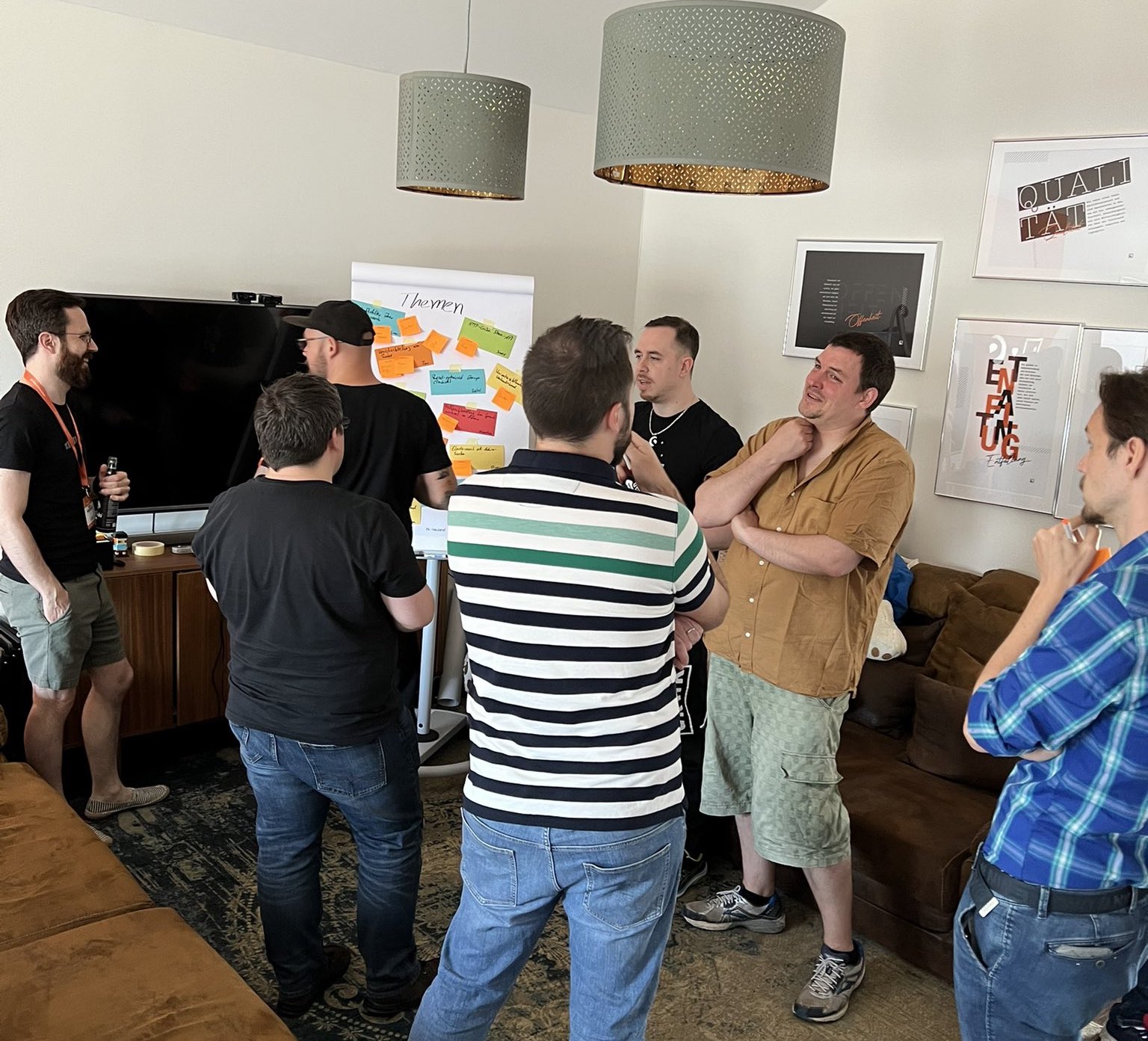 After we found a whole lot of topics everyone had some time to discuss the topics, talk to other people and look for allies to work on one of the proposed topics. After that everyone had to pick their most favorite project to get started with which concluded the first list of topics and teams. 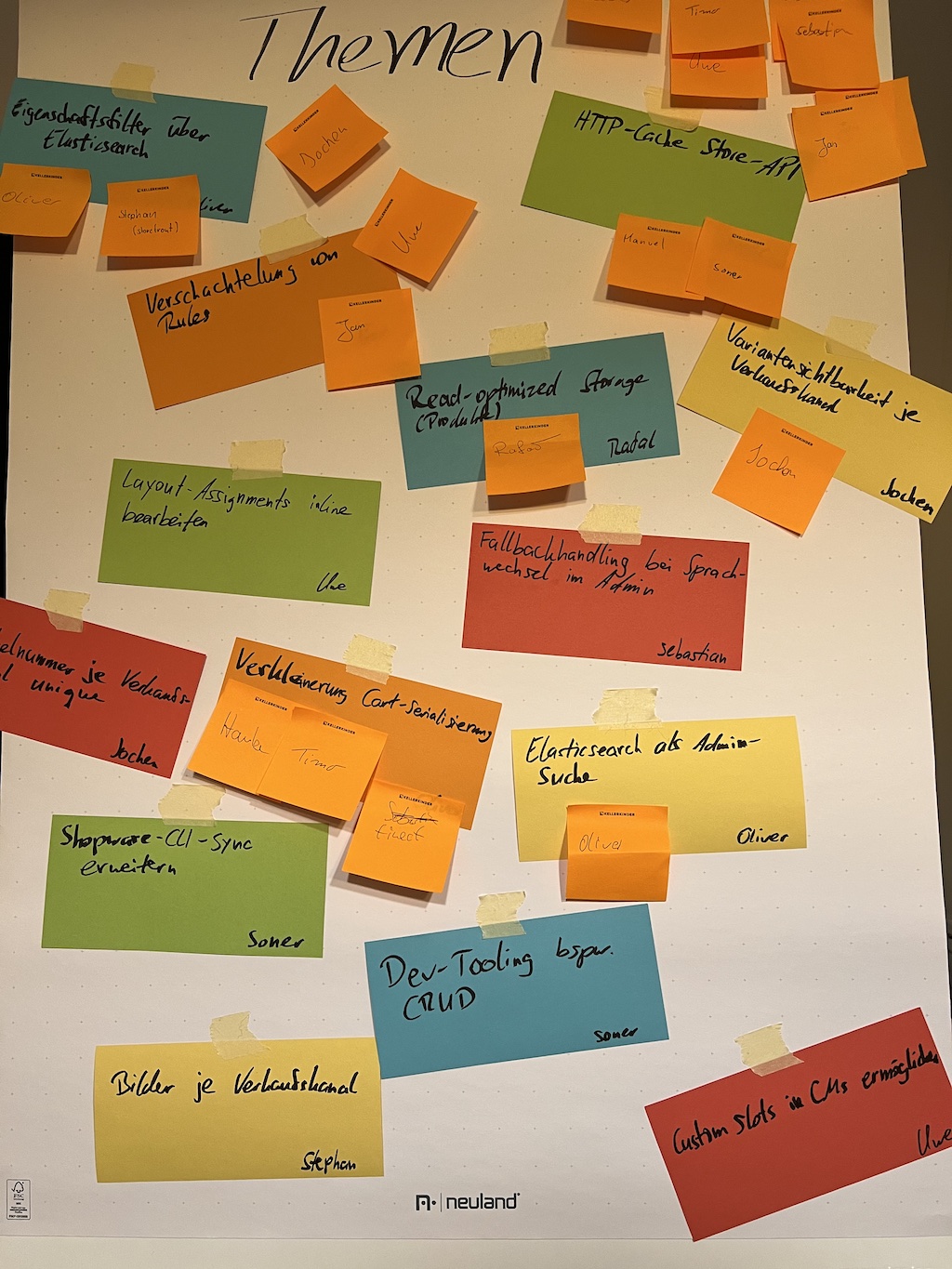 Quite a long list, especially considering the event was rather small with about 15 people. But it seems that the event put the right people together and the beginning already showed how highly motivated everyone was.

Topics founds, teams found: Let’s start hacking! The first day was more or less bound to the formed teams, but nevertheless the teams also helped each other, discussed stuff, asked for opinions and everyone was happy to ask for help or help others. It was just such a nice atmosphere.

The second day started with a small recap, everybody shortly shared their progress, topics were checked off if done, new groups found, old topics deepened.

Finding a lot of interessting topics is one thing… but what did we achieve in the end? A lot!

Soner and Manuel added the http cache to the storefront API and had to refactor some things. Because of that they did not only add the caching layer, but also provided a whole lot of Rector rules to automate the refactoring with shopware-rector. Soner also blogged about this.

Uwe and Jan nested rule builder rules into other rules to optimize the configuration of nearly identical rules and created a PR for that.

Sebastian, Hauke and I teamed up to have a look at the serialized cart object in the database and found some unnecessary stuff to remove: PR to clean up cart.

Oli worked on elastic search integration in the admin which also might be added to the core in one of the following releases and optimized the property filters in the storefront together with Stephan.

That’s only a small recap of all the stuff that has been done over the weekend. And while the first day people more or less stuck to their groups on the second day, especially in the evening everybody just sat together on the same table and everybody worked with each other. It was such a nice group to be with and just a really good time.

So much for the coding part. Wait… there’s more to a hackathon than coding? Of course! Socializing, food, drinks!

The whole weekend was full of great chats, amazing people, good food, good drinks. On the second day we had a food truck in the evening with tasty burgers and burritos. There was a physiotherapist for massages to do something good for all the bent backs from sitting at laptops the whole weekend. By coincidence I had my archery equipment with me and several people were interessted in that so I showed and explained how a modern bows works and how the competitions work.

In the end everybody had the chance to make the next event even better by providing a feedback sheet. And everyone could take home a Kellerkinder elePHPant. All in all just a truly amazing weekend and I’m very happy to be part not only of this hackathon but the company behind it. A big thank you to all the people involved: organizers, participants, helpers behind the scenes! Events like this wouldn’t be the same without you.

There are never too many impressions. Let’s have some more impressions: 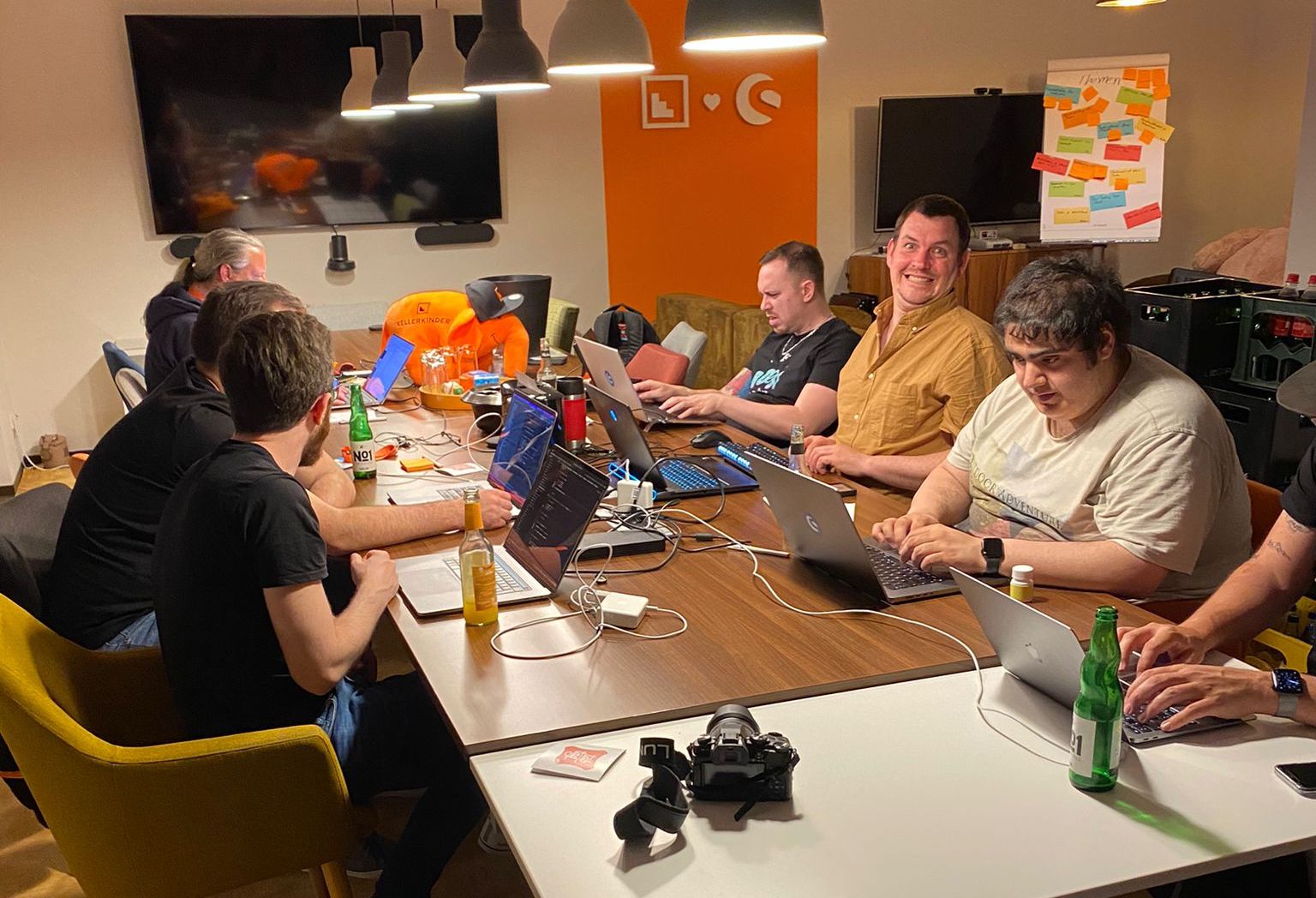 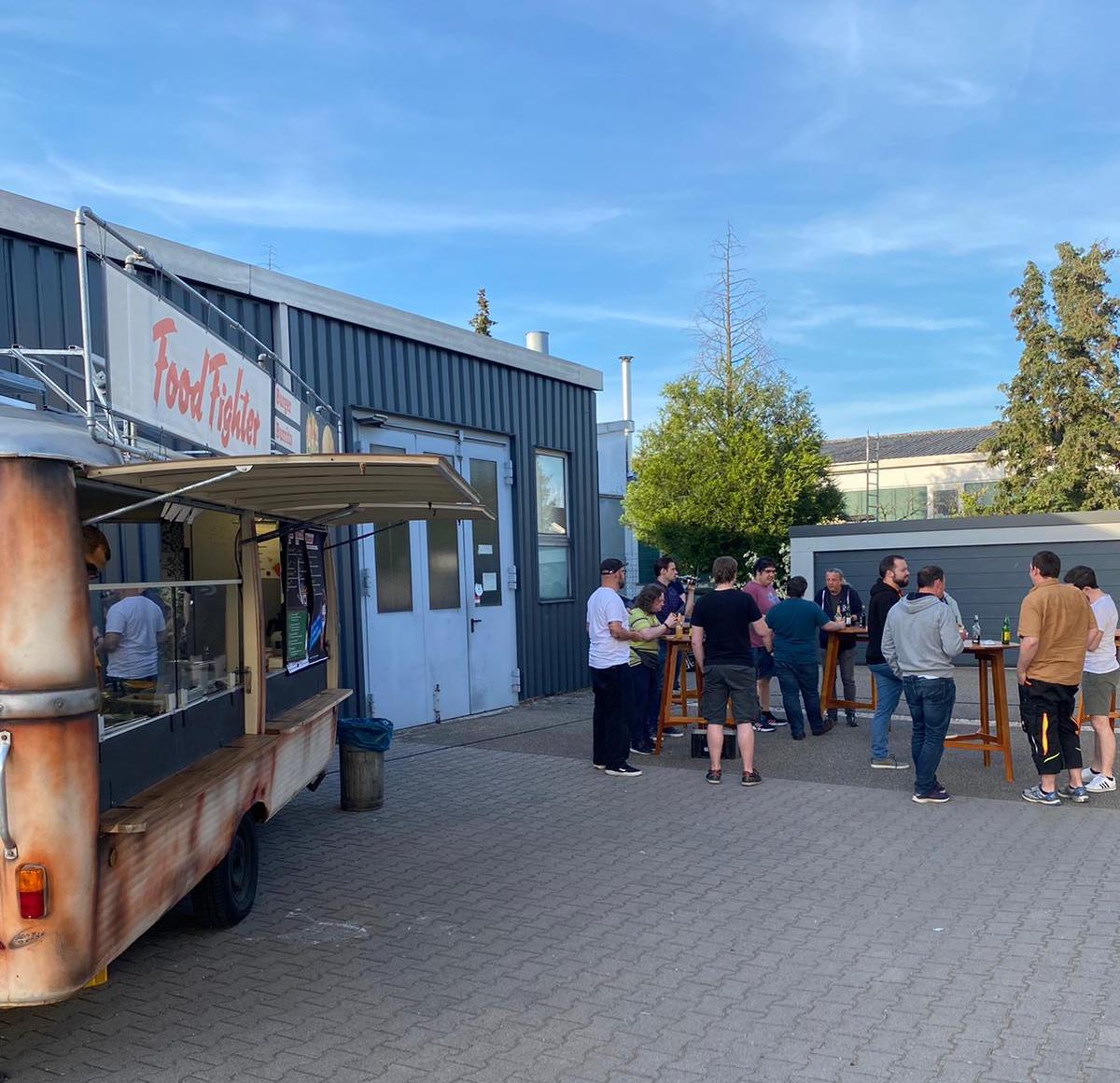 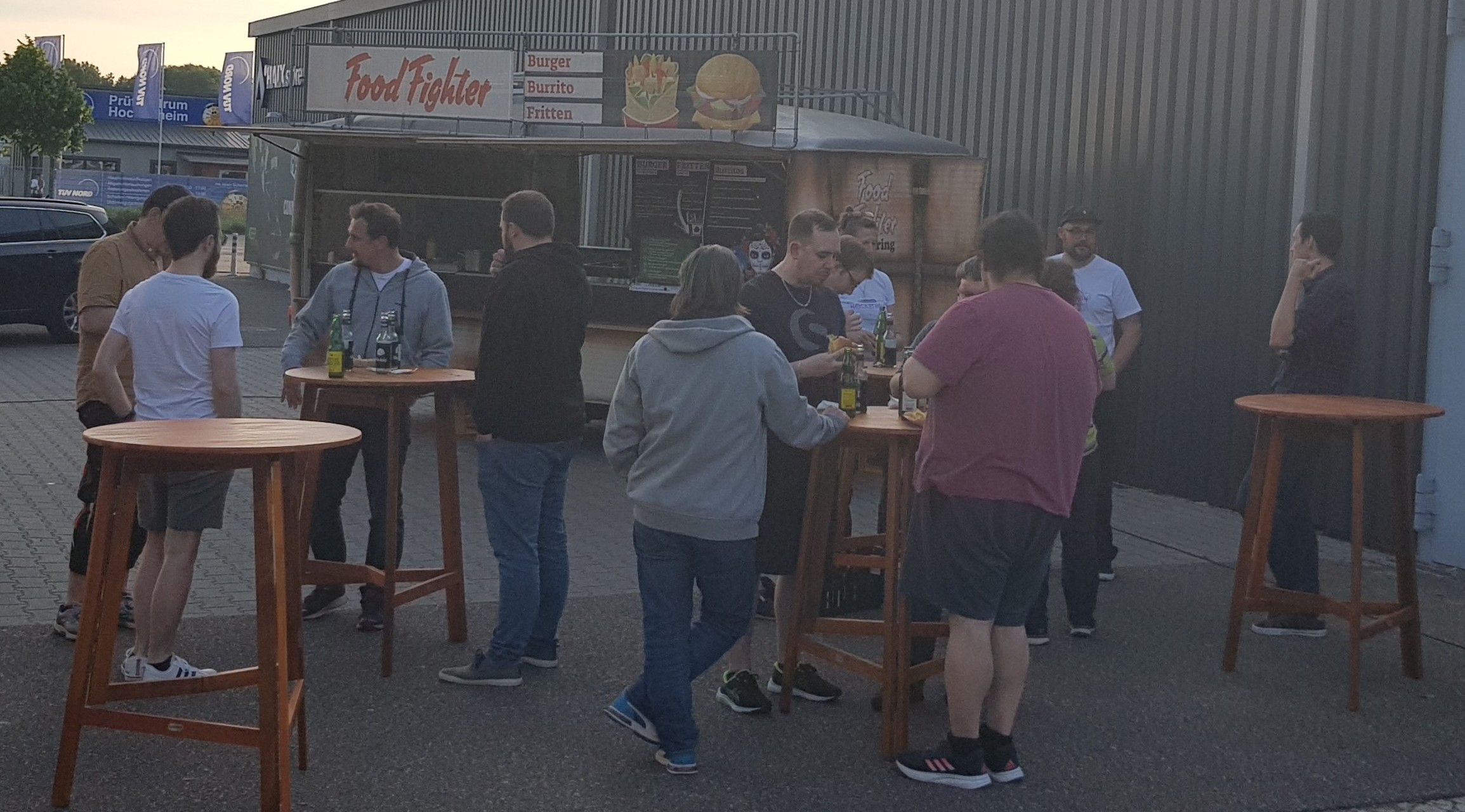 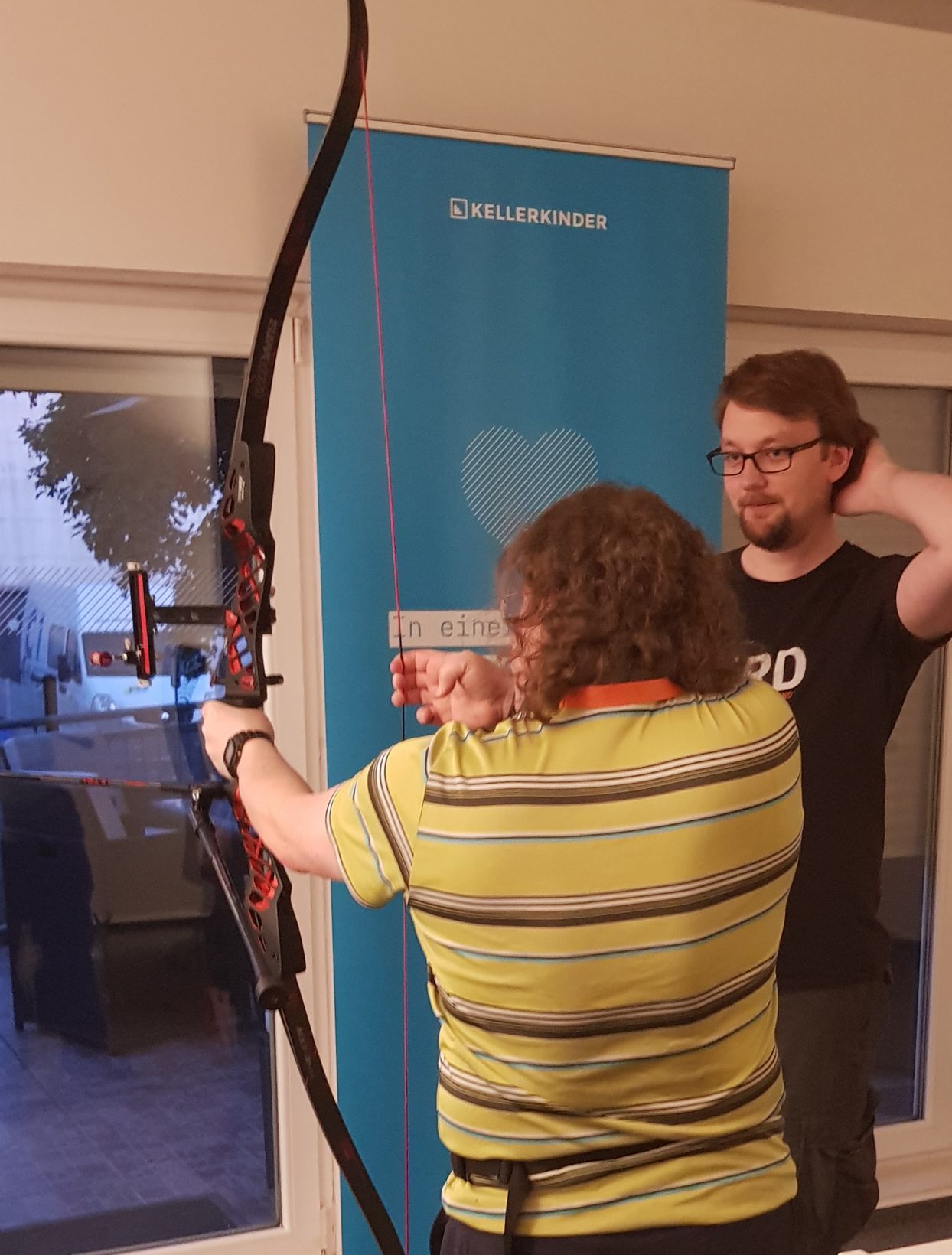 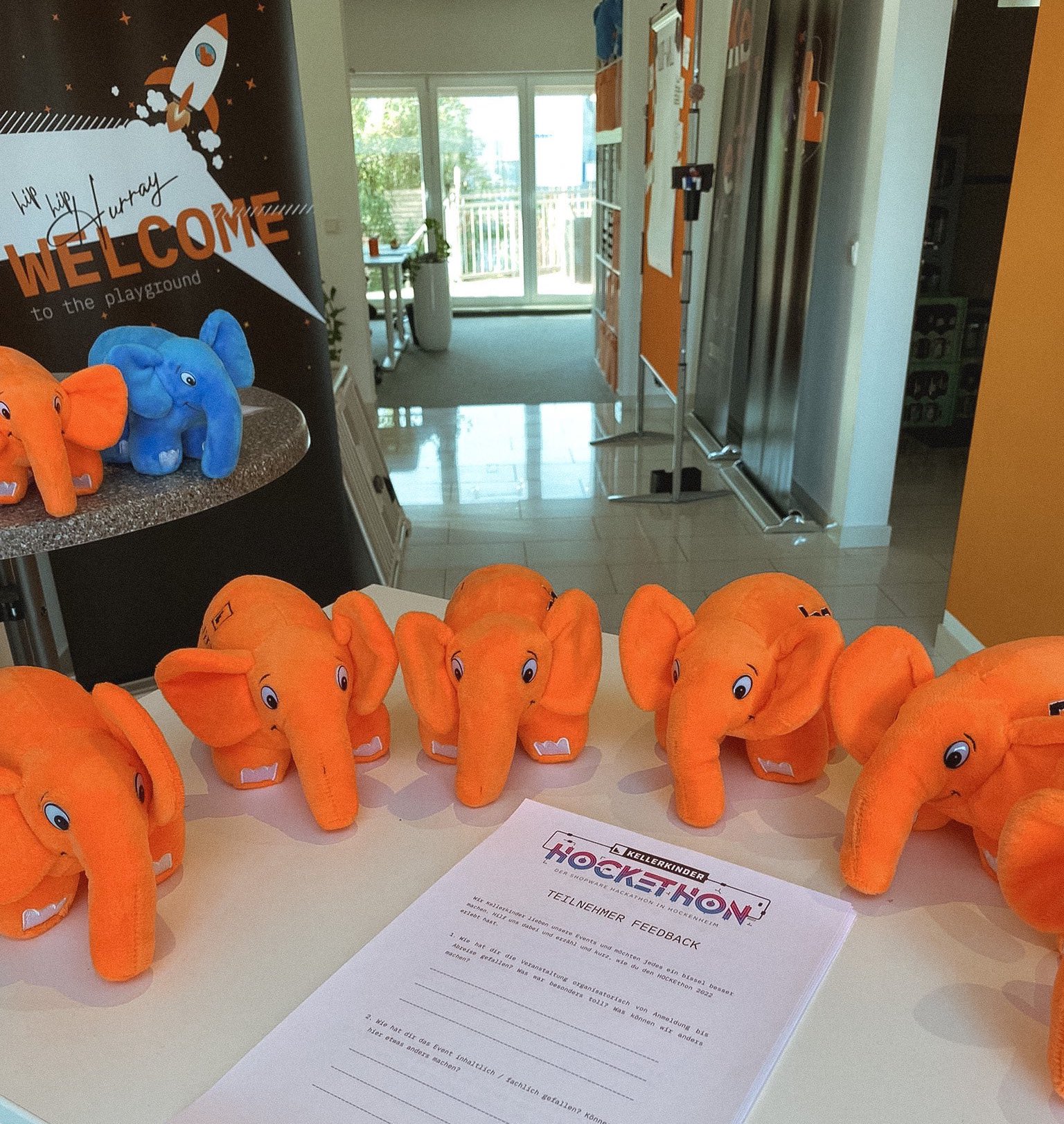 I didn’t had all twitter handles at hand, so if you were there and want to get tagged just let me know!

Shout out to other blog posts about this event:

Did you also write a wrap up? Hit me up on twitter or something and I’m happy to add you here!